“As I reflect on high school cross country, I truly understand the importance of coming together as a team to accomplish goals.”

Cross country and track started for Gianna as a way to improve endurance in tennis and to spend time with her friends. In sixth grade, her friends wanted to sign up for cross country, so she decided to join them. Little did she know that in just a year, she would have fully committed herself to this sport. In seventh grade, she joined an indoor winter track program which allowed Gianna to train with other runners her age. This program is what truly made Gianna fall in love with running and what made her decide to run all year round.  Freshman year Gianna shocked herself when she was able to win a few invitationals, qualify for the PIAA State Championship, and take 4th in the state for cross country. Gianna earned a 6th place medal in Indoor States in the 3000m race and placed 4th in the 1600m at Outdoor Track States.  That momentum carried Gianna through her sophomore cross country season where she set 5 cross country course records throughout Mercer County and earned a 3rd place finish at States. Gianna ended her high school cross country career with four state medals as she placed 7th and 21st respectively for her junior and senior seasons. As Gianna reflects on high school cross country, she truly understands the importance of coming together as a team to accomplish goals. Through the good and bad, Gianna says she can always rely on support from her teammates. People are truly what makes running a memorable experience and she says she is so lucky to have such amazing teammates. After missing her sophomore track season due to a stress fracture and junior track season due to COVID, she is excited and determined to get back on the track for one more season before she begins to train for collegiate athletics. Gianna recently signed her national letter of intent to run cross country and track at the Division I level at Miami University of Ohio and she couldn’t be more excited. Her message to younger athletes is to trust the process. God has big plans for you, so stay strong, focus on the journey, and don’t put too much pressure on yourself. Most importantly, have fun!

“Talent and skill doesn’t make any task easier, it allows you to accomplish harder challenges.”

Kyle is a senior at Sharon High School and graduates in 2021. He has been on the cross country team for nine years, the swimming team for two years, and track and field for six years.  Kyle has  also been involved with the robotics program for seven years, the Chamber Strings Club for three years, and District Orchestra for two years.

“If it doesn’t kill you, it’ll make you stronger.”

Natalie finds that she repeats this quote to herself often because running causes an awful lot of pain, but it also brings an abundance of joy when all of the hard work pays off.

Natalie is a sophomore at Sharon High School. She competes in track and cross country. She is a two-time state qualifier in cross country. Natalie started running in sixth grade when she got involved in Girls on the Run. The program sparked her love for running, which has led her to the wonderful sport! 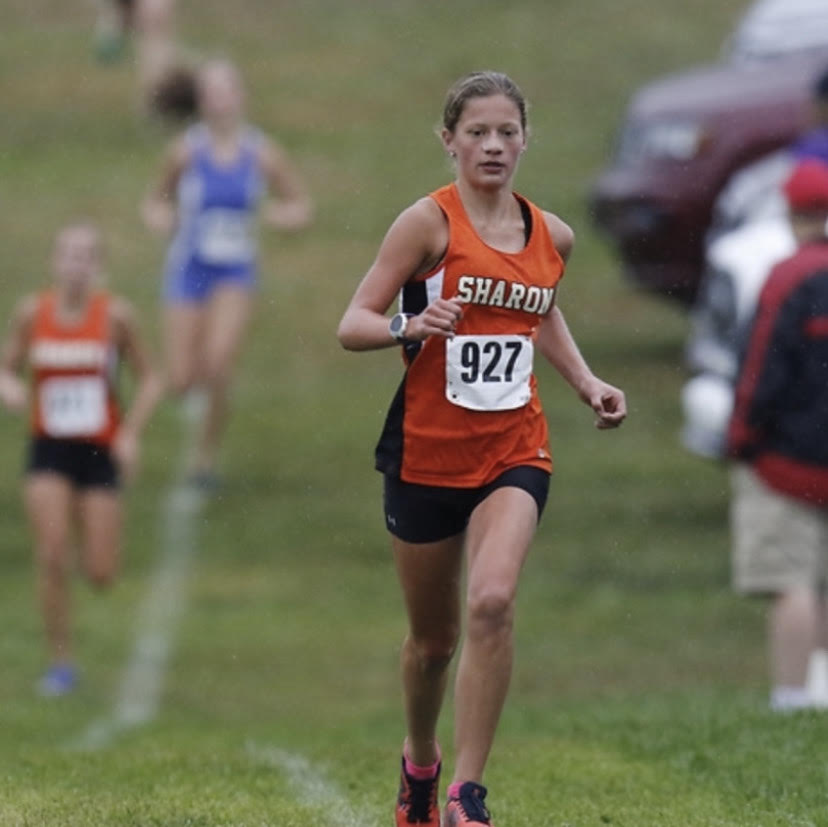